The thing about human expectations is that they are never bound by category. Amazon sets the bar for digital customer experience. Netflix sets the bar for entertainment. Apple sets the bar for intuitive technology. Every other business is judged accordingly. Humans don’t make compassionate allowance for sectors or verticals in the endless battle for their time, attention and memory space.

The chances of you remembering any marketing message at the end of each day are slight. If you do, it’s probably one that engaged your brain in an emotionally positive, unexpected but relevant way. The chances are it was from a B2C brand that understood both the value exchange for your attention and the right time, right place for the messaging.

Back in 2014 Bryan Kramer coined the term Human to Human (H2H), focusing on the fundamental parallels between B2B and B2C audiences – their brains.
It would appear that even with a business hat on the human brain remains neurologically the same, displaying textbook behavioural economics; busting the myth that B2B is a more logical sell.

Even the most logical human can’t suppress the emotional shortcuts built by the brain to generate feelings and priorities towards subjects. Without these initial feelings, there would be no subsequent logical consideration process, however long the buying cycle. Humans remember not what you said but how you made them feel.

Further to this, our brains do not magically rewire during B2B committee-based decision making. Emotion still leads. Perhaps even more so as committee members compete for their own differing agendas within a business, post-rationalising with logic where convenient.

This isn’t creative conjecture, it’s neurology. FMRI scanning along the human brain’s action pathways, has revealed how emotion is translated into action, proving we use emotion as both an appraisal tool and a guide for behaviour.
If a message doesn’t make us feel something, we are unlikely to act on it.
That’s not good business in any language.

The H2H declaration was my passport to cross codes from two decades of creative B2C advertising into the world of B2B technology marketing at April Six. Filling funnels might have been new terminology, but fuelling feelings was second nature in a career working with nearly a hundred B2C brands. Over the past two years at April Six, forward-thinking tech brands like Symantec, Lenovo and SAS have embraced a more creative H2H approach, allowing character creation (a B2C stalwart) to drive award-winning engagement across multiple channels. There’s lots to be said for having engaging brand spokespeople, especially if what you’re selling is hardcore technology.
Great casting and B2C standard scripts will get you engaging, enduring, economical assets. Film is undoubtedly the flagship creative H2H medium. Nothing engages an audience’s emotions like it. Volvo Truck’s Van Damme ‘Epic Split’ is six years old but still remains fresh in the mind, because of its imagination and human focus. Its H2H approach generated $170m in revenue from a $3-4m B2B spend. 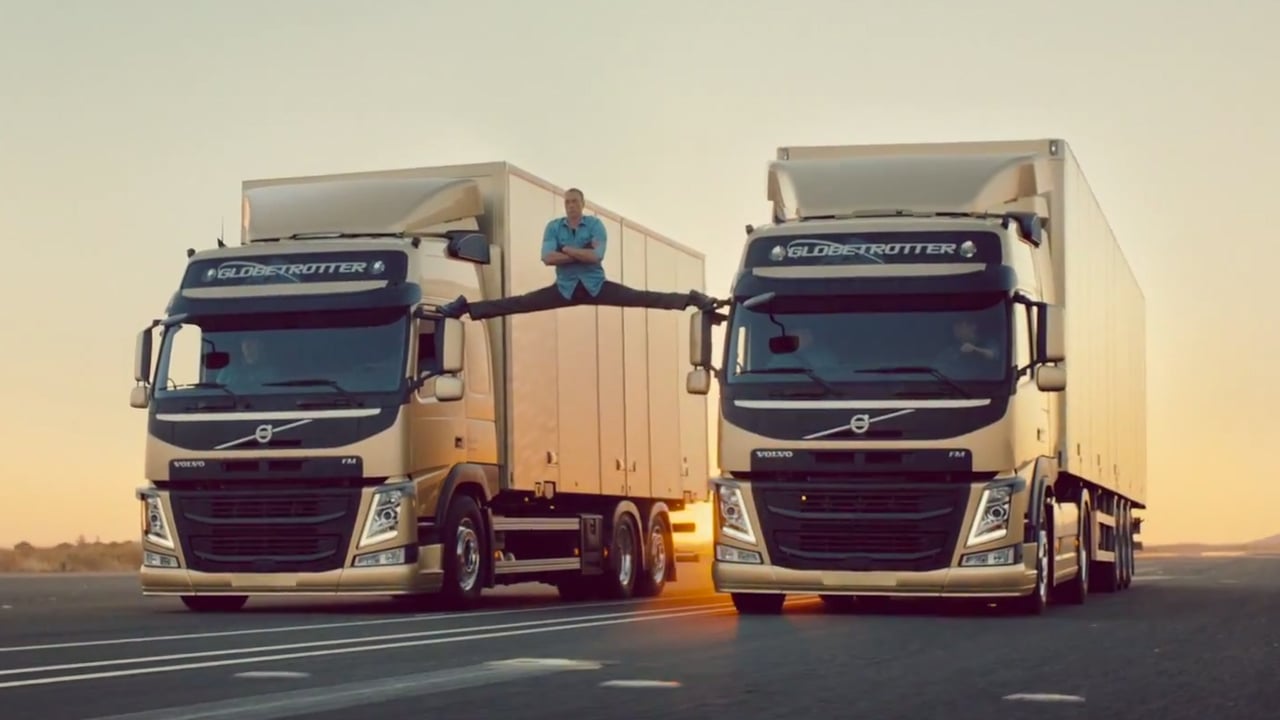 The ability to make film interactive or personalised at scale has only enhanced its appeal to those with the vision to look beyond the next quarter’s figures. Combining film with the interactivity and analytics in platforms such as Vidyard turns the viewer into a participant, in a way that can deliver valuable data insights back to your brand.

Many B2B Tech brands still confuse being the cleverest with the most popular. Popularity is what gets you on consideration lists, because your brand is front of mind and feels right. Humanising the brand creatively can dramatically increase this popularity. Having the better product is not enough. Ask Samsung.

Too many B2B Tech brands default to the brand-cuffs of a templated design language applied to inane stock photography with generic copy lines. Sure it’s consistent. Consistently missing the chance to engage your audience with a level of respect for their intelligence and time. You’re contributing to marketing pollution not your bottom line.

Creativity is a critical part of engaging humans in the most effective manner. Albert Einstein remarked that ‘Creativity is intelligence having fun’. The B2B technology sector is full of intelligence that would benefit from having more fun.