One day, women will achieve equality in tech. At April Six, that day was 18 years ago. 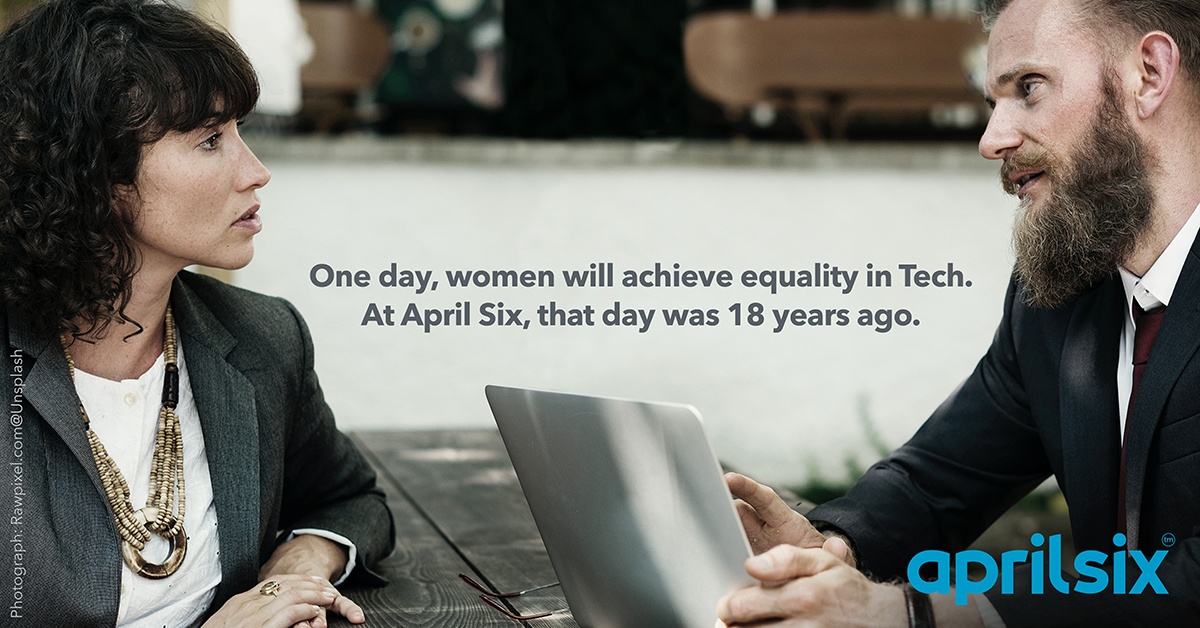 Last week, we celebrated 100 years since some women earned the right to vote in the UK – paying tribute to the suffrage campaign and taking stock of the progress that’s been made in building a more equal society. And while there’s been plenty of positive change since the Representation of People Act was signed in 1918, all it takes is a brief look at the headlines to see there’s still work to do.

For instance, only 5% of tech start-ups are owned by women.[1]

And tech companies with a female founder are 86% less likely to receive funding.[2]

For those of us in the tech industry, it’s hard to ignore the discouraging stories, stereotypes and statistics that continue to suggest tech is “too geeky for girls”.[3]

April Six has been proving just the opposite since CEO Fiona Shepherd co-founded the agency nearly 18 years ago. Since then, we’ve worked with many of the biggest names in tech – from established players to ambitious start-ups – to deliver on-point, insightful, needle-moving messages. That’s probably a big part of why we’re in the UK’s top 20 B2B agencies and 5th in the International B2B marcomms league table, according to B2B Marketing.

And as April Six expands into new territories, growing into a global family of passionate tech lovers, we now proudly count two female Managing Directors across four agencies. But we’re equally proud of all our agencies, no matter who’s in charge.

As our CEO and co-founder says, “Our success now and in the future is built on more than that.

“Tech isn’t about men and women, men versus women or anything like that. It’s about people. All people. My interest lies in discovering how tech can help everyone create new business opportunities or live better, however they choose to. It’s as simple as that.”

And that’s been part of April Six thinking since the start.

“We’ve always aimed to hire the best and brightest – no matter where they come from. To stay successful and keep growing, we need our ecosystem of talent to be as diverse as possible. Of course, I’m proud of our 50/50 status, but ultimately, that’s a by-product of a balanced, talent-driven approach to recruitment.

“There’s nothing to be gained from an office or an industry where everyone comes from the same background and sees the world the same way. It’s the quickest way to kill fresh thinking and limit the potential for innovation. For me, it’s all about having a passion for tech. Our doors will always be open to those people.”

Given the growing importance of the digital tech industry and its implications for the future of the UK job market, it’s essential that we act now to build a more inclusive environment that nurtures talent, regardless of gender or background.

Thank you to all those who’ve helped to build a better day for everyone.